The creation of man is the masterpiece of the great creator. Many messages and secret meanings are implied and expressed in the process of human creation. Even this great mystery sometimes escapes the attention of humans themselves and is beyond the reach of ordinary human minds.

The mystery of this creation illustrates the existence of a very sophisticated power and energy that is very sophisticated and far beyond the thinking of even thousands of scientists. What extraordinary people and experts understand is only a small part and even then it still leaves the next mystery that is also still difficult to solve.

The Mystery of Human Creation

Allah has great secrets for the process of our life, including the creation of living things, the universe and the creation of humans. The creation of man started from a single cell, then the cell divides into two, four, eight, sixteen and so on until the number becomes billions like those in our bodies today. God created the human body from a collection of billions of living cells.

Throughout life, our bodies will continue to experience the process of replacing damaged cells with new and fresh cells. If the process of replacing damaged and dead cells is disrupted, our bodies will become weaker and sicker because there are no new cells that strengthen the body. In physical life, these new and fresh cells are actually a form of divine energy that we can feel in the body.

This energy then manifests with various other elements of creation and ultimately forms a complete human being. In addition to various complex systems such as the brain, organelle tissue, hormones, enzymes, cells, in humans there is also a metaphysical life energy.

The life energy is integrated in the universal energy system and is connected to divine energy and works not only biologically and chemically but works spiritually in forming a complete life.

The life energy which is often referred to as Bioenergy is also integrated in the consciousness, soul, heart, mind which when all connected together form humans with various characters, traits, thoughts and humanity. For the existence of human creation requires guidance so that when in the course of life humans experience problems and want to realize their hopes can get a good way.

Knowledge and practice about various things in life, how to manage the life energy and divine energy that exists in humans and how these energies affect human life in various aspects, you can get in the Bioenergy Abundance training . 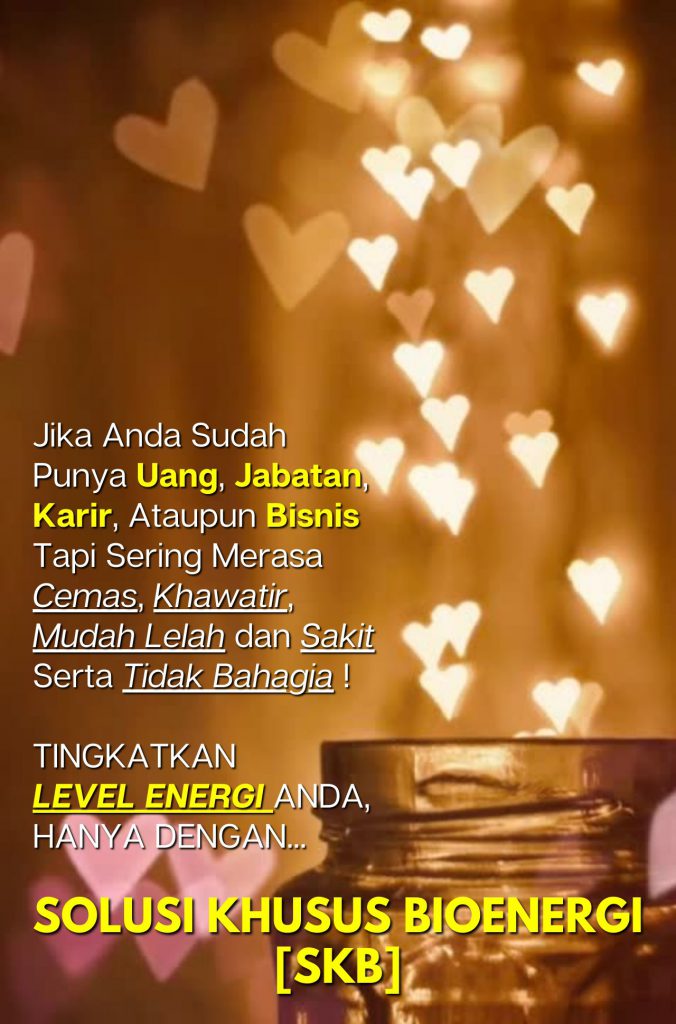